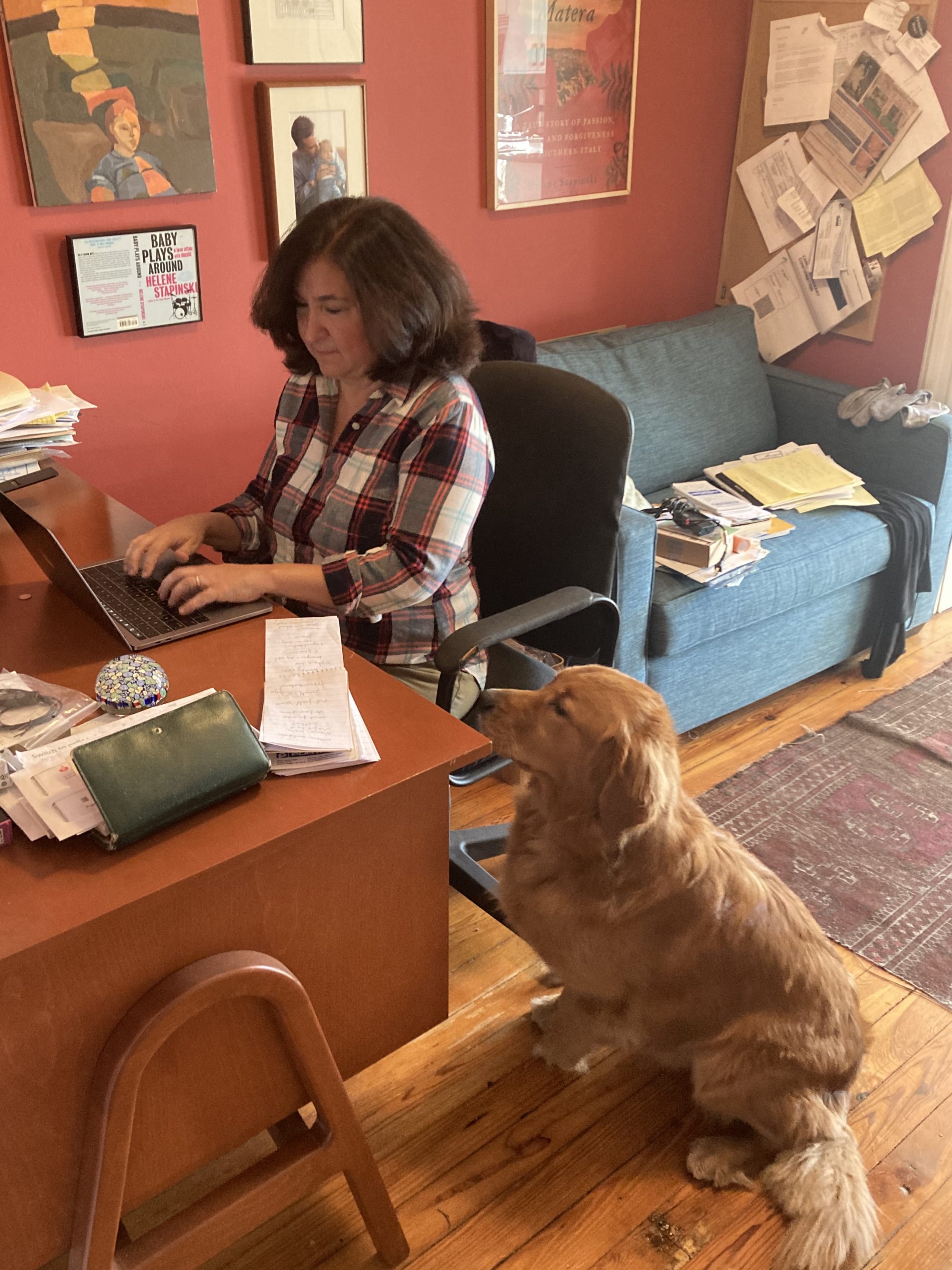 For every dozen published hot takes and news peg-centric articles, there’s at least one or two pieces that seemingly appear out of the ether, the destined-to-go-viral expose on a small town gone rogue or a diamond-smuggling mafioso turned beloved middle school teacher. This series, Behind The Story, will unveil the origins of some of the more surprising or outlandish stories that stick with The Sunday Long Read staff .

I love a story with a small-town feel, the kind of tale that’s sprinkled with whimsy and a tad of mystery. A crime that’s actually a misunderstanding. A Shakespearian style identity swap where everyone is fine, just a little rattled. A creaky old mansion that’s not haunted by ghosts, but is the permanent residence of three very loud cats and the baby geese they adopted as one of their own after their mother abandoned them by the river. You know what I’m talking about. Those stories.

Helene Stapinski’s story, “The 40-Year Mystery of Smutty Smiff and the Missing Rockabilly Bass,” in The New York Times has all the trappings of a 1 am barside soliloquy, a monologue that keeps you in your seat long past your bedtime and gets you to do a cheers for old time’s sake with someone with whom you share nary an old time. It checked all the boxes: a middle-aged dad and do-gooder with a rock-n-roll past (the best kind of past), a pawnshop in Jersey City, and unresolved tension, told by a seasoned reporter with her own, widely publicized, ties to the city’s seedy underbelly.

Sonia Weiser (SW): How did your piece come about?

Helene Stapinski (HS): Yeah, I’ll tell you the whole story. So I wrote a book called Five Finger Discount: A Crooked Family History. It’s about all the criminals in my family in Jersey City, and also about the corruption of Jersey City. And so, I’ve got all these crazy crime stories in my family. I had a bookie uncle, my grandfather was a murderer. He tried to kill us when I was five. So I’ve got this long history of crime in my family. And so this guy, Stephen Ulrich, the guy who’s in the store who finds the bass, right? He does scores for these crime shows and so about four years ago, he friended me on Facebook because he had read Five Finger Discount. He was totally into it, and he lived in Jersey City. So he totally loved all the history. And he said, I’m in this band, Big Lazy. You should try and come and see us sometime. So, you know, it was always at the back of my mind.

Finally, a few weeks ago, both my kids went to college. It was the first time they were both out of the house and my husband and I were just like, hey, we could do whatever we want now. So, I saw that Stephen was playing at a place called Barbes, which is just a few blocks away from where I live. I sent him a message on Facebook and he said, Oh, great. I’ll bring my copy of Five Finger Discount so you could sign it.

So we go over there and he’s on stage and he says, “Oh, you know, I live in Jersey City and I came across this crazy thing. I went to this pawn shop…” and he starts telling a story, and my husband and I look at each other and are like, oh my god, there’s a story, and it’s like, you need to pitch that to Bill Ferguson at the Metropolitan desk. Bill used to be a bass player as well. He played for a band called Lotion, and they were pretty big in the ‘90s. And I’m a drummer and I’m in a band with my husband. And my second book was about being in a band. So the music thing, and the crime thing, they’re my two things. So this story completely falls in my wheelhouse. So he tells the story. Then he comes off stage and I’m like, oh my God, that’s an amazing story. I need to pitch that to The New York Times. Would you mind? And he’s like, oh, yeah.

So I pitched it to Bill and he responded immediately. He was like, “hell, yeah” in capital letters with an exclamation point, you know.

I still go to Jersey City once a week, at least, to see my mom. She still lives there, and she lives less than a mile from the pawn shop and she actually pawned a ring there years ago, and so everybody knows that pawnshop. I interviewed Stephen and then I talked to Smutty about a hundred times. And then I interviewed the guitarist and I was saving the pawn shop for last because I was sure that they knew it was stolen.

So I went there at the end, but the guy didn’t even work at the pawn shop when it got stolen. So I was like, oh, okay, my prejudice against the pawnshop was wrong. So it was even a better story. He had this whole other story. There were so many more details that I couldn’t even include cause I’d written like a thousand words over and the editor cut it back.

But there was all kinds of stuff. The guy in the pawn shop showed me this picture of a little piece of jewelry that he’d recently made at a jewelry-making class, and it’s a little bass, that looks like Smutty’s bass. So now it’s just a matter of them sort of hashing it out and a bunch of people have already stepped forward to buy the bass back. And one guy even offered to fly Smutty in from Iceland. So it’s still happening. It’s still going on right now.

SW: Do you plan on doing a followup?

HS: I hope so. Yeah, I talked to Bill about it and he said let it play out and then we’ll figure out what to do.

SW: So, what would you say the biggest lesson for other journalists is from this experience for you?

HS: Oh, you need to get out there and just get out into the world. You can’t sit at your desk. You can’t be inside. And that goes for people who work at publications as well. You need to be out in the world and you just have to have your antenna up. As a freelancer, I always do. Everything I hear I’m like, is that a story? You just have to be open to stuff.

SW: And like, technically speaking, what was the hardest part about writing this?

HS: There was just so much. You know what I mean? I went a thousand words over, so just cutting it back. I got the edit back from Bill and it was a whole day of just trying to squeeze stuff out and decide what to keep in. That was really the hardest part. The story kind of told itself off. It wasn’t hard to write. It was just hard to edit.

SW: What’s your general strategy for taking things out versus deciding what to keep in?

HS: Well, I mean you just take out stuff that you don’t need, right? I mean it comes down to what’s totally necessary, you know, and what’s just window dressing. So you like to leave some window dressing in, right? Cause that’s the flavor of the story. There’s some things that just can’t come out. I try and leave a little decoration in there as well, but he cut some of the best lines I wrote. But you know, they had to go.

0 comments on “Q&A: Helene Stapinski and ‘The 40-Year Mystery of Smutty Smiff and the Missing Rockabilly Bass’”