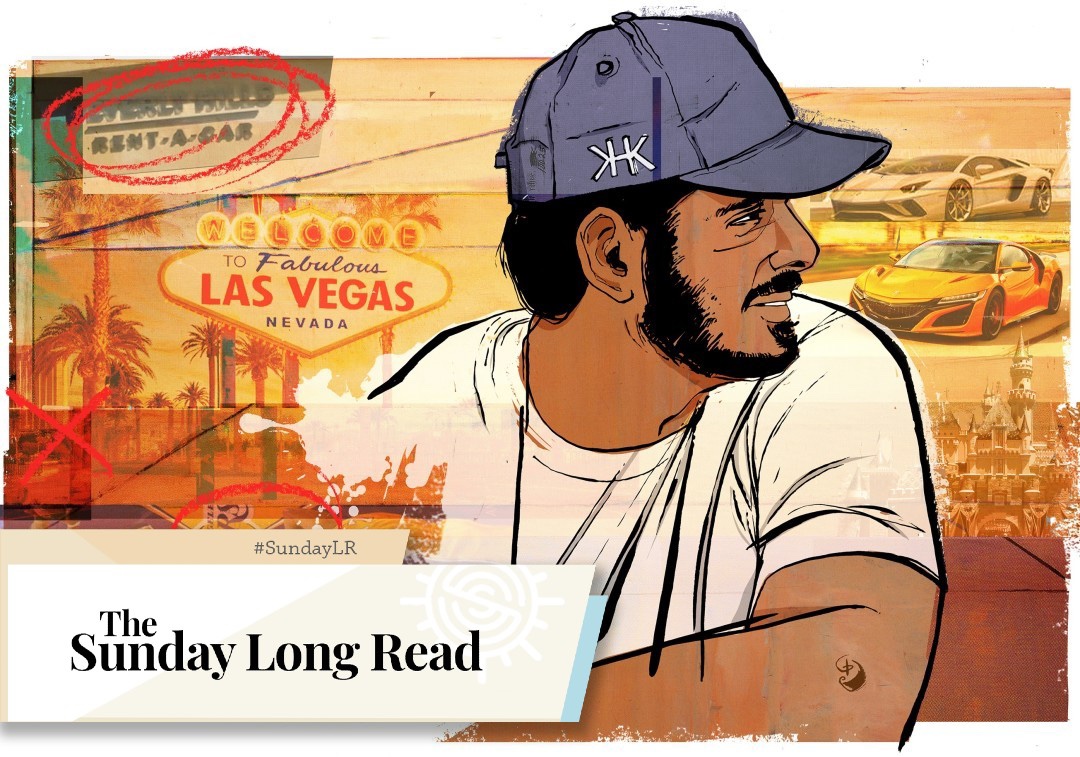 Hello again! We’re simply honored to hand today’s list duties over to Soraya Nadia McDonald, the award-winning cultural critic for The Undefeated, ESPN’s premiere platform covering race, sports, and culture. She writes about film, television, and the arts. She is the 2020 winner of the George Jean Nathan prize for dramatic criticism, a 2020 finalist for the Pulitzer Prize in criticism and the runner-up for the 2019 Vernon Jarrett Medal for outstanding reporting on black life.

Soraya is a contributing editor for Film Comment and has contributed criticism to Fresh Air with Terry Gross. She’s also a semi-regular guest on NPR’s Pop Culture Happy Hour. Her essay “‘Believe Me’ Means Believing That Black Women Are People” was published in the 2020 anthology Believe Me: How Trusting Women Can Change the World. Soraya’s heroes are Toni Morrison, Dorothy Parker, Lorraine Hansberry, Pauline Kael, James Baldwin, Gloria Steinem, and her late aunt, Cornelia McDonald—writers who excelled at telling the truth about art and society with wit, verve, passion, and purpose.

She recently published a personal essay in response to Nick Cannon: I’m a Jew of Color. I won’t be quiet about anti-Semitism.

The SLR is all yours, Soraya…

How do we honor the Honorable John Lewis? The Georgia congressman, civil rights activist, and “Boy From Troy,” as he was known to Martin Luther King, passed away July 17. He was 80.

This week, like every week of the coronapocalypse, has been a difficult one, and this one is made a little more difficult by the passing of two stalwarts in the movement for civil rights: Lewis, of course, and the reverend C.T. Vivian, who passed away at age 95. But I want to focus on Lewis.

Lewis was on the front lines of Bloody Sunday—the confrontation for voting rights that took place on the Edmund Pettus bridge March 7, 1965. That march serves as the basis for the Ava DuVernay film Selma. Lewis and his fellow marchers were violently attacked for peacefully protesting for their right to vote. Lewis never let his experiences founder in hazy memories of the past. He kept speaking about it, not just in countless speeches, but also a comic book series called March and two books: Walking with the Wind: A Memoir of the Movement and Across That Bridge: A Vision for Change and the Future of America. Even though he was arrested some 40 times in the continuing fight for civil rights, Lewis remained equal parts clear-eyed and hopeful. He was known as the Conscience of Congress, and in that role, Lewis kept up the fight to expand and protect voting rights, rights that remain threatened in the wake of the Supreme Court’s decision in Shelby v. Holder.

Former president Barack Obama, who awarded Lewis the presidential Medal of Freedom in 2011, shared a memory of Lewis in a statement released by his office July 18:

“It’s fitting that the last time John and I shared a public forum was at a virtual town hall with a gathering of young activists who were helping to lead this summer’s demonstrations in the wake of George Floyd’s death,” the president wrote. “Afterwards, I spoke to him privately, and he could not have been prouder of their efforts – of a new generation standing up for freedom and equality, a new generation intent on voting and protecting the right to vote, a new generation running for political office. I told him that all those young people—of every race, from every background and gender and sexual orientation – they were his children. They had learned from his example, even if they didn’t know it. They had understood through him what American citizenship requires, even if they had heard of his courage only through history books.

“Not many of us get to live to see our own legacy play out in such a meaningful, remarkable way. John Lewis did. And thanks to him, we now all have our marching orders—to keep believing in the possibility of remaking this country we love until it lives up to its full promise.”

Voter suppression tactics such as closing polling places in Black neighborhoods, laws requiring voter ID, and opposition to expanding vote by mail in the midst of a pandemic have made it more difficult to vote. Gerrymandering has succeeded in diluting the power of minority voices. Both require grass-roots and legislative responses.

The work that’s made me most hopeful about upending deeply entrenched systems of inequity is a documentary called Slay The Dragon, which traces the story of how newcomers with little or no experience in the political process can successfully organize to overturn gerrymandering. Dawn Porter’s 2020 documentary, John Lewis: Good Trouble shows us how Lewis continued his fight for civil rights through his career in public service, and it begins with a solemn warning: “I feel lucky and blessed that I’m serving in the Congress, but there are forces today trying to take us back to another time and another dark period. We’ve come so far. We’ve made so much progress. But as a nation and a people, we’re not quite there yet. We have miles to go.”

Slay the Dragon provides a roadmap for regular citizens wondering where to begin when it comes to carrying on the work needed to accomplish Lewis’s goals.