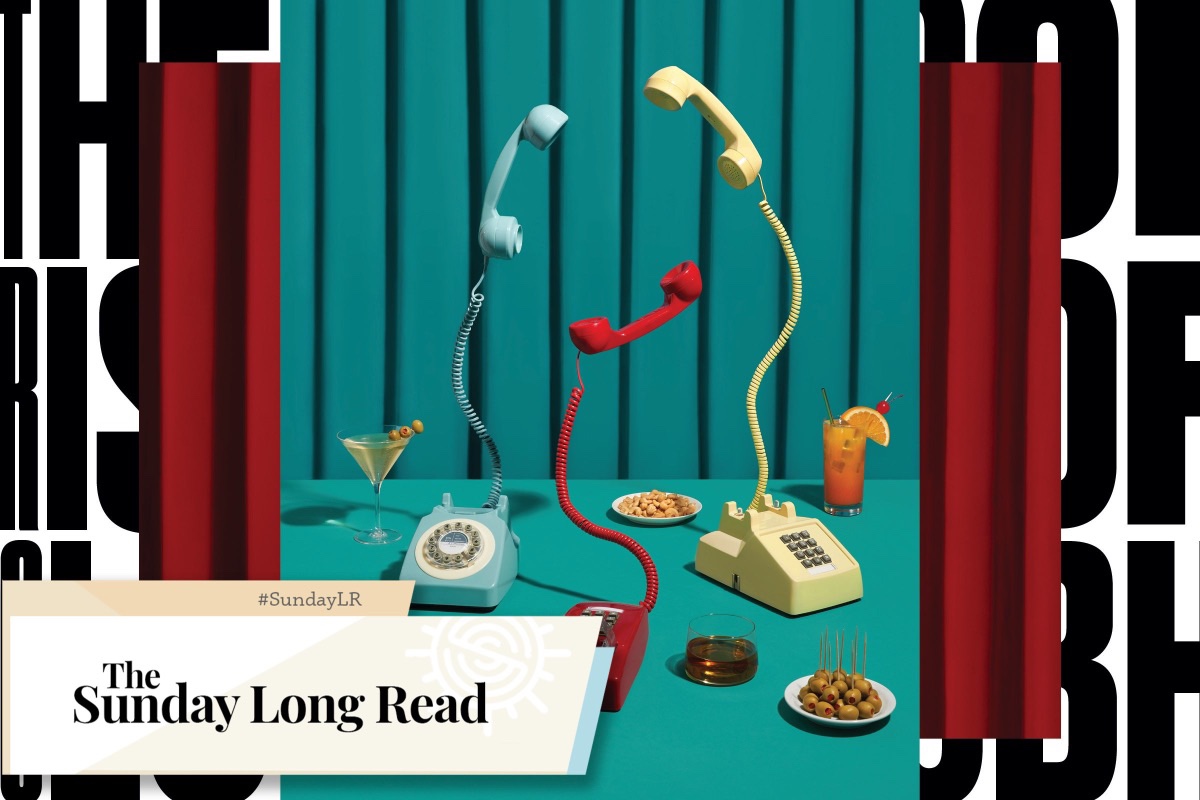 Thanks for coming back for another week of outstanding journalism! This week, we’re handing things over to esteemed guest editor Steve Krakauer.

Steve is the co-founder and editor of the Fourth Watch media newsletter and the Fourth Watch Podcast, and the executive producer of The Megyn Kelly Show. He previously served as an executive at CNN and TheBlaze, and as an editor for Mediaite and TVNewser. He began his career as an NBC Page in 30 Rock, after graduating from Syracuse University.

And now, The SLR is Steve’s!

Like most people who work in the insular world of media, I spend way too much time on Twitter. One of my go-to explanations over the years for why Twitter is bad for you is who has chosen not to be part of the discourse there—smart, creative people like Jon Stewart, Tina Fey, Dave Chappelle and Michael Lewis didn’t have Twitter accounts. Why should they? They’re busy creating actual art and not dealing with the BS—their genius could not be contained in 280 characters. It was a model to try to emulate.

And then, six weeks ago, Jon Stewart joined Twitter. At first it was exciting—no one has taken the mantle of late night truth-to-power, unique and surprising takes since he left his Comedy Central show more than four years ago. But then he started tweeting and… it was disappointing. It was sort of hacky, and kind of boring. Jon Stewart was, objectively, not very good at Twitter. And why should he be? It was a lesson for all of us. Twitter is the cesspool of nonsense, the doomscrolling feed, the outrage du jour amplification system. And yet, I stay in the muck.

The far better alternative is the newsletter—the sort of anti-Twitter. It allows for nuance (And a newsletter about longform journalism—even better). It’s why I launched my newsletter a little over a year ago, Fourth Watch, that comes out a couple times a week (which you can subscribe to here, and find out more information at http://FourthWatch.Media). I try to bring intellectual honesty and intellectual curiosity to our media landscape. You may not agree with everything I say, and that’s OK—I’d prefer it that way. And then we can have a conversation about it. Because that’s the only way we get through this precarious time in America.

Or not. I don’t know the right answer. But I know we definitely won’t find it on Twitter. I’m honored to be handed the keys to this beloved institution this week by Don, Jacob and team—here are my picks.

Click here to open this week’s edition of the Sunday Long Read in a new tab.