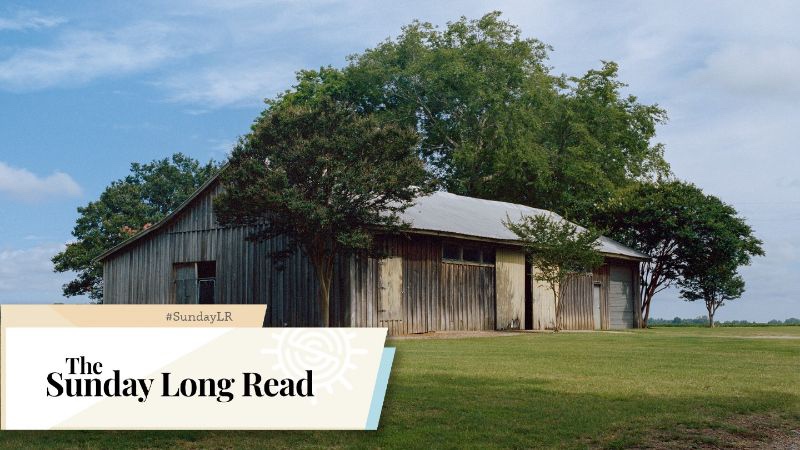 Hello again! We’re excited to hand things over to this week’s guest editor, Charlie Warzel, the writer of Galaxy Brain—a newsletter about technology and big ideas. Before that, he was a writer-at-large for The New York Times Opinion page. Before the Times, Warzel was a senior technology writer at BuzzFeed News. He writes about how technology shapes politics and culture. He covers the ever-shifting media landscape, the rise in digital disinformation, and the changing needs of workers in a post-pandemic world. He is the co-author of a book on the future of work (out in December). In his spare time, he blogs about his dogs. He lives in Missoula, Montana.

The SLR is all yours, Charlie…

You’re all catching me at a weird moment. On Monday I frantically booked and took my first flight in 18 months back home to Ohio to say goodbye to a loved one while there was still time. I spent the week by the bedside of my 95 year-old grandmother who was recently transferred to hospice care. On the flight, I anxiously attempted to plan the coming week in my head. I wanted to make the most of our time together. I asked friends and even complete strangers what they wished they’d asked their grandparents before they died and I wrote out a list of questions for Grandma that I hoped would help me rise to this moment. I’m the reporter in the family and the storyteller. I approached and coped with this sad, existential moment in our lives the only way I knew how: by ‘going to work.’

I wanted to ask her what she did for fun as a child. I wanted to know more about my grandfather, who died when I was just seven. What I wanted most was to unlock that magical door that sometimes opens in an interview, where a series of questions triggers a tangent you didn’t expect—one that reveals something new and profound. What I wanted was to know who Grandma really was, before it was too late.

As soon as I saw her, I threw out the script. There was too much that needed to be done. Grandma needed care, not to be the subject of a “60 Minutes” sit-down. We did get our moments of quiet, though, and I managed to rattle off a few questions. It seemed inconceivable to her that she could have been born before the Depression and “The War”—before what many consider modern life. And yet, her every detail was vivid. Summers playing baseball in abandoned lots; winters sledding down the steep neighborhood hills. She told me how, while digging a victory garden during the Second World War, she came upon a huge bag of old arrowheads, buried long ago by the area’s indigenous peoples. Grandma, at 95, is a bridge, connecting history to the present.

When she would fall asleep, I would scroll my phone, reading many of the pieces that I’ve linked to below. I told her about a few of them and we talked about how different life today felt compared to her youth (it was the week Jeff Bezos went to space, after all). Her response to every story I summarized was the same: “What a world we live in,” she said.

It was in that spirit that I selected the stories below. Each one of them is a time capsule. Taken together, they offer a portrait of life in 2021. Like my grandmother’s stories, they are entertaining and immersive. They help make sense of the world, if only by highlighting how messy life is. These kinds of stories, I’ve come to realize this week, are a gift.

Near the end of one tale, a stemwinder about my grandfather’s job as a car salesman, she looked at me and laughed. “Oh, I’ve got stories, don’t I?” she said.

She sure does. And now, this morning, you have some, too. What a world we live in.

Click here to read those stories in this week’s edition of the Sunday Long Read.