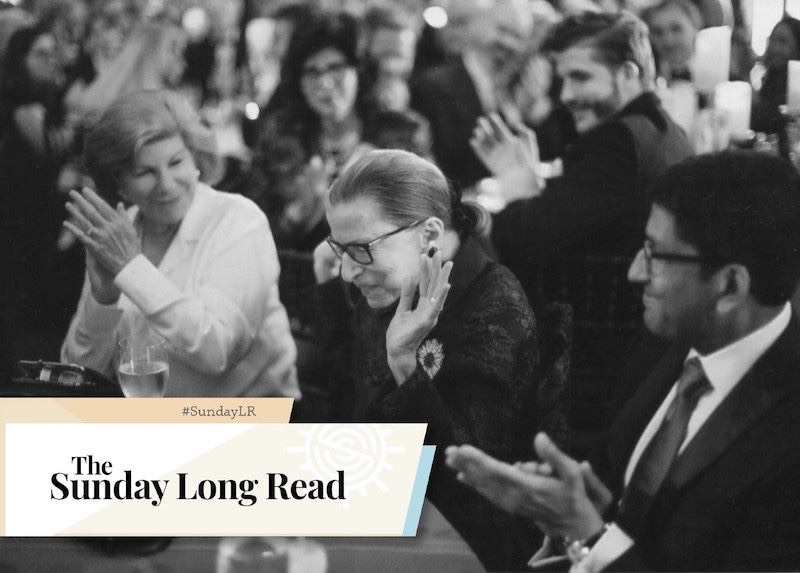 Feminist icon. Bad-ass. Legend. The soaring tributes, all true, flowed (with many tears) Friday night after news broke that Supreme Court Associate Justice Ruth Bader Ginsburg died at the age of 87 after a second bout with pancreatic cancer. Within hours, more than 1,000 people paid their respects on the marble steps of the Supreme Court (see “The Sunday Still,” below). Here’s the Linda Greenhouse NYT obit of the second woman to be appointed to the Supreme Court. And, of course, the bitter political battle for RBG’s seat began almost instantly—and will rage for months.

Click here to open this week’s edition in a new tab.