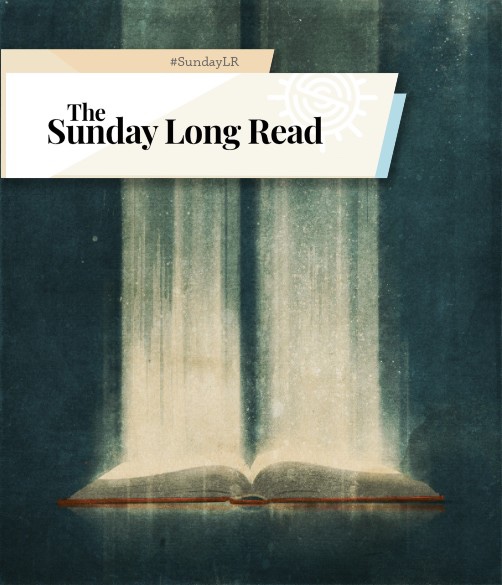 Hello again! We’ve got not one but two exciting introductions to make today before we go deep into a truly outstanding week of journalism.

First, we’re debuting a new Original series, “SLR Behind the Story.” For every dozen published hot takes and news peg-centric articles, there’s at least one or two pieces that seemingly appear out of the ether, the destined-to-go-viral expose on a small town gone rogue or a diamond-smuggling mafioso turned beloved middle school teacher. This series will unveil the origins of some of the more surprising or outlandish stories featured in The Sunday Long Read.

Taking you behind the stories will be our newest contributing writer, Sonia Weiser. A whipsmart freelance journalist “or something like that” based in Brooklyn, she’s previously written for The New York Times, The Boston Globe, TIME, New York Magazine, and elsewhere. You can view her work at soniaweiser.wordpress.com and follow her at @weischoice. She also has a newsletter every freelancer should subscribe to. You can hire her too. (“Please,” she added.)

The rest of this week’s list, meanwhile, is helmed by the excellent POLITICO Magazine writer Ruby Cramer, who has firmly established herself as one of our must-read journalists. She previously worked at BuzzFeed News, where she covered two presidential campaigns and wrote features about politics. Ruby grew up on the Eastern Shore of Maryland and now lives in Brooklyn, N.Y.

On a weekend full of remembrance, we hope this very NYC edition of the SLR sparks some reflection, and offers some joy.

A few years after my dad died in 2013, I remember having a long conversation about loss with someone I didn’t know very well. I was on the road covering the 2016 election, and as often happens in these settings, I ended up at the hotel bar with a few journalists on the trip. I don’t remember the details, only that I spoke with one of them for a while about grief, and found it to be a genuine and surprisingly meaningful conversation. I didn’t think about this again until about a year later, when I learned the journalist had told a mutual friend of ours that I was “a little dark” and “obsessed with death.” Apart from this being (1) probably true and (2) a weird thing to say to someone else, I was actually puzzled. The description struck me as so casually glib that it was almost as if we had taken part in two totally different conversations that night at the bar. I replayed it back in my head. How had I felt so differently about the same short moment in time? I think about this a lot, both because it makes me laugh, but also because it reminds me of the way grief and tragedy, and the way we talk about it, evade any single fixed experience.

Some people talk about Sept. 11 as a moment of national “collective grief,” but I’m pretty sure no such thing exists. How could it?

In so much of the remarkable work published over the last week to commemorate the 20th anniversary of that day, what is clear to me instead is just how much the memory of 9/11 still shifts and refracts, reverberating in new and slippery ways for each individual person that experienced it, whether they were touched by loss, by two decades of terrible war, by Islamophobia, by exposure to illness at Ground Zero, whether they where there that morning, or knew people who were, whether they remember it or don’t, or were young enough to learn about it in school. In one story, lines from poems written by 8th and 9th graders in 2001—“I am mad,” “I am hated,” “They will be hunted down,” “Why?”—are heavy with new layers of meaning and recognition. In another, a photographer who rushed to the scene at the World Trade Center is still searching 20 years later for the anonymous woman in one of his pictures, though he isn’t sure what he hopes to find. As Jennifer Senior wrote last month in her beautiful story, “What Bobby McIlvaine Left Behind,” theories about loss “are great, beautiful even, but they have a way of erasing individual experiences.”

In that story, the people closest to 26-year-old McIlvaine, who died when the towers came down, grieve so differently that their shared loss is capable of creating as much distance at times as it does connection. Anyone who has lost knows this. Mourning, as Senior writes, is “idiosyncratic, anarchic, polychrome.” And that’s OK.