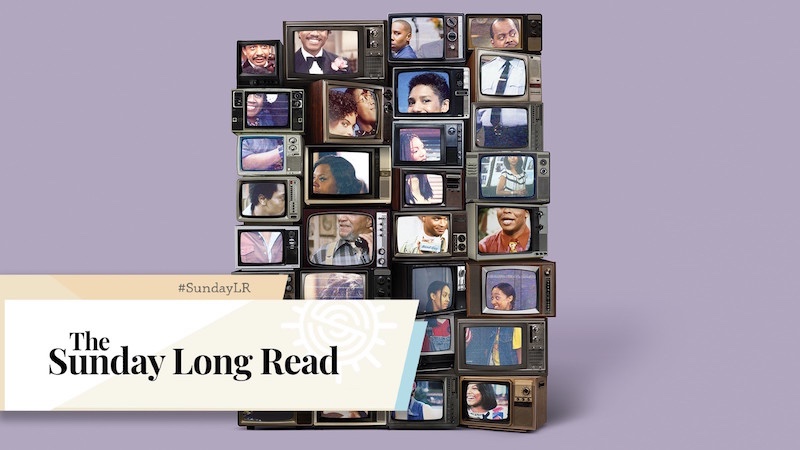 We are pleased to introduce today’s distinguished guest editor, Dave Zirin. Dave is the sports editor at The Nation, the magazine’s first sports correspondent in its 155 year history. He is the author of 11 books on the politics of sports including, most recently, “The Kaepernick Effect: Taking a Knee, Changing the World.” He’s also a columnist for The Progressive and host of the popular weekly podcast Edge of Sports. Dave’s Kaepernick book was published on Tuesday and he impressively managed to put together this list for you while juggling a frenzied national media tour. We stand in awe of the hustle.

Take it away, Dave…

As college was coming to an end, I was a senior in search of a class credit. I was also a history major in search of, well, nothing other than occupying the occasional administration building. I had to take an English course in order to graduate and looked for the one that appeared to be the smoothest ride towards a cap and gown. Amidst classes about “war fiction” and James Joyce, I spotted one called Autobiographical Writing and this provoked a smile. Easy. Rather than try and read Ulysses, I’d just spend the semester bullshitting about myself. For most of that semester, I felt like I should have chosen Ulysses.

On the first day of class, I slumped into my seat and my professor, Robert Warde, asked only one thing of us. He insisted that we be honest. It seemed like an easy enough request: write about your life and tell the damn truth. I spent several months failing at this task. When I sat in front of my desktop computer—a machine roughly the size of a Buick—the words would not come. All my memories felt either too private, too precious, or too painful to share. At a loss for words and risking failure in a class I needed to graduate, I turned my mind to a safe space: sports.

I had grown up loving sports. I was obsessed as a kid with the New York City teams of the 1980s. My walls were a postered shrine to Lawrence Taylor, Keith Hernandez, and Dwight Gooden (I didn’t know at the time that all of these players had serious cocaine problems. They were like the Tony Montana All-Stars). But I hadn’t thought about those times in a while. I saw sports as something childish that I needed to put away now that I was awkwardly lurching towards adulthood. So, as I pondered what exactly to write about—I didn’t think Professor Warde wanted to hear why I thought Bernard King belonged on the twenty-dollar bill—I wrote about something that I hadn’t thought about in years, but became clearer in my mind as I just sat with some of these childhood memories. I started to think about my long-gone baseball glove.

I had played baseball throughout my childhood and my glove was something dear to me: part equipment, part teddy bear, part talisman. When I held it to my face on the way to school or practice, I smelled the memories of the infield dirt, of getting the meat of the bat on the ball, of feeling comfortable in my own skin. In awkward language—this little essay was turning into one of the most painful exercises in putting pen to paper I had ever experienced—I tried to make clear that I had a glove and when I put it on my hand, it crackled: it felt alive.

Summoning these long-forgotten memories and turning them into some kind of tortured prose felt like a kind of deliverance. I wrote about how I brought my glove to every Mets game I attended along with a black pen and collected autographs that ran up and down the side of my glove. I would trace those signatures with my finger when I was playing first and third base, looking at the batter while my thumb would loop perfectly around Daryl Strawberry’s signature. Baseball can be a lonely game, but I wasn’t alone.

My glove had a sad but fitting end, and frankly I’m glad it even had an end, instead of just getting mindlessly lost like so many of the overly loved objects of youth. I was playing third base in the middle of a rain storm and the umpires were refusing to call it off. I spent two hours diving around in the mud like my name was Pig Pen. By the time the game was over, my glove was beyond repair. Imagine how much mud it would take to actually destroy a leather glove, and double it. That’s how my beautifully broken in Rawlings, meant to survive a thousand years in a landfill, found out it was mortal.

It took me two days to write 600 words about my glove. Every sentence felt derivative of whatever author I happened to be reading at the moment. I would write a paragraph and then have to pace around a room, cursing myself for not having a more original bent. But it was worth it. In writing my glove’s narrative, I found that sports could act as a kind of emotional or even psychoanalytical Trojan horse, allowing me to access emotions and memories that had otherwise been locked away. After reading the piece, my professor gave me what he must have thought to be modest encouragement, saying, “You should write more about sports.” He was talking about the class but I took it as a sign that this was something I should try to figure out how to do with my life. The lesson this process taught me is a secret that 10-year-olds who keep diaries have known for eons: the act of writing about your own life is not only therapeutic. It teaches you how to actually write a graceful sentence, a coherent thought, or a sharp polemic. Most of this kind of writing—and perhaps this essay—should never see the light of day. But as I dove into these long reads, particularly my favorite, it was a reminder that the journey towards being Anand Gopal writing about Afghan women for The New Yorker sometimes begins by just sitting down at a keyboard, picking up a pen, and starting with that first word, even—or especially—if that first word is “I”.